In earlier December, "Reincarnation" a short film and teaser directed by Karl Lagerfeld was released just before the CHANEL Paris-Salzburg 2014/15 Métiers d'art collection show, which was given a contemporary twist and infused with Austrian tradition. The 7 minute short film portrayed the legend of how Coco Chanel was inspired to design her iconic jacket. To begin with Coco Chanel envisioned a stylish jacket for women that was also movable. She wanted her designs to make woman feel comfortable in them. Amazing how an elevator bell boy was to be the inspiration for such a splendid creation. 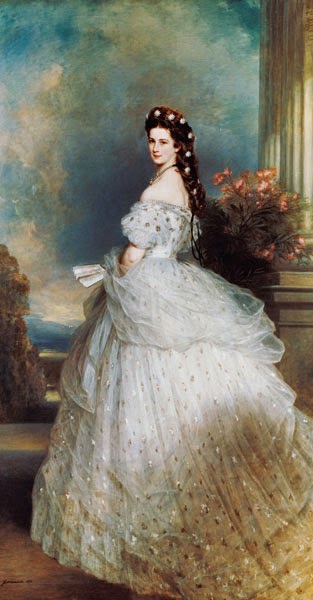 I found this short film to be stellar and an excellent collaboration. I personally loved how different artists collaborated for this project to be such a success! Also, congratulations to Cara Delevigne for being the face of the Paris-Salzburg 2014/15 Métiers d'art collection campaign. 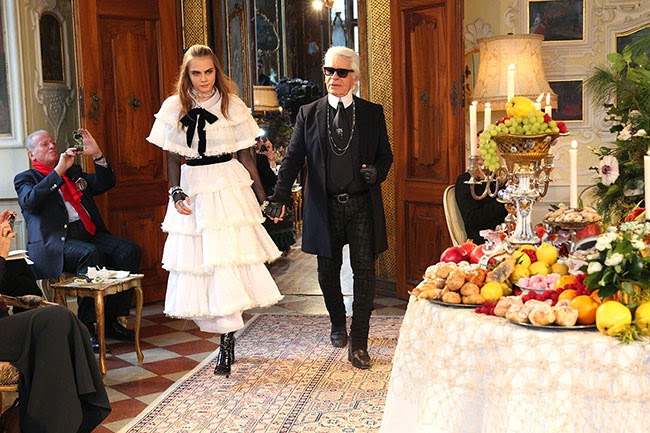 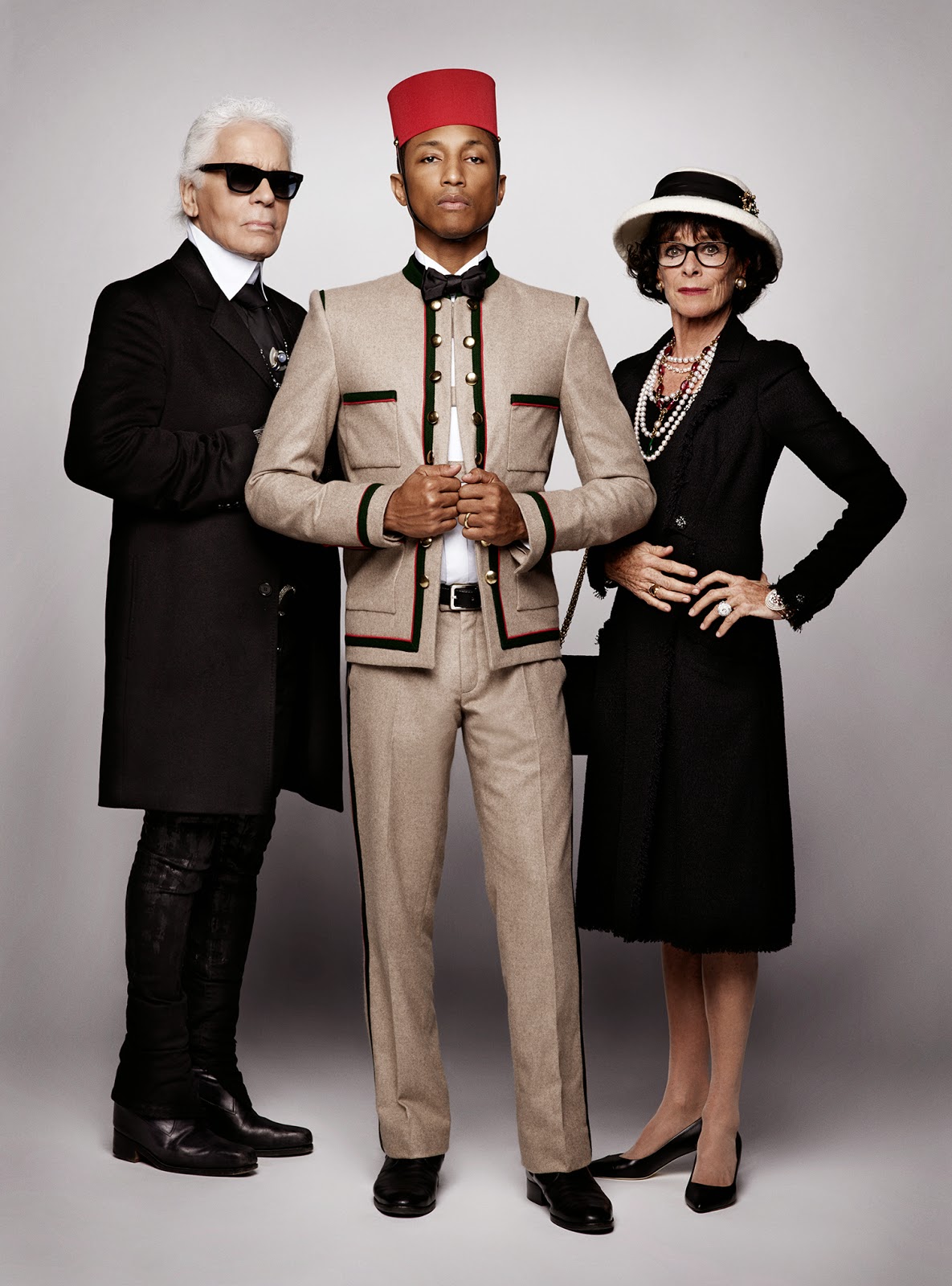 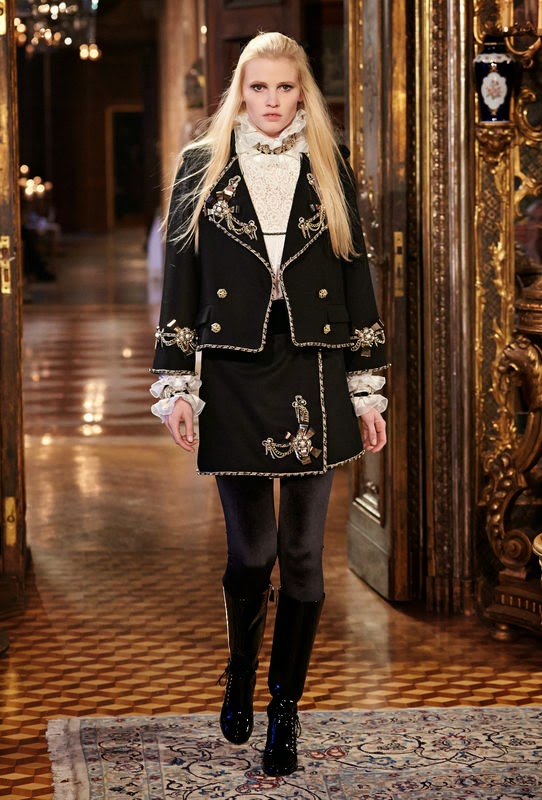 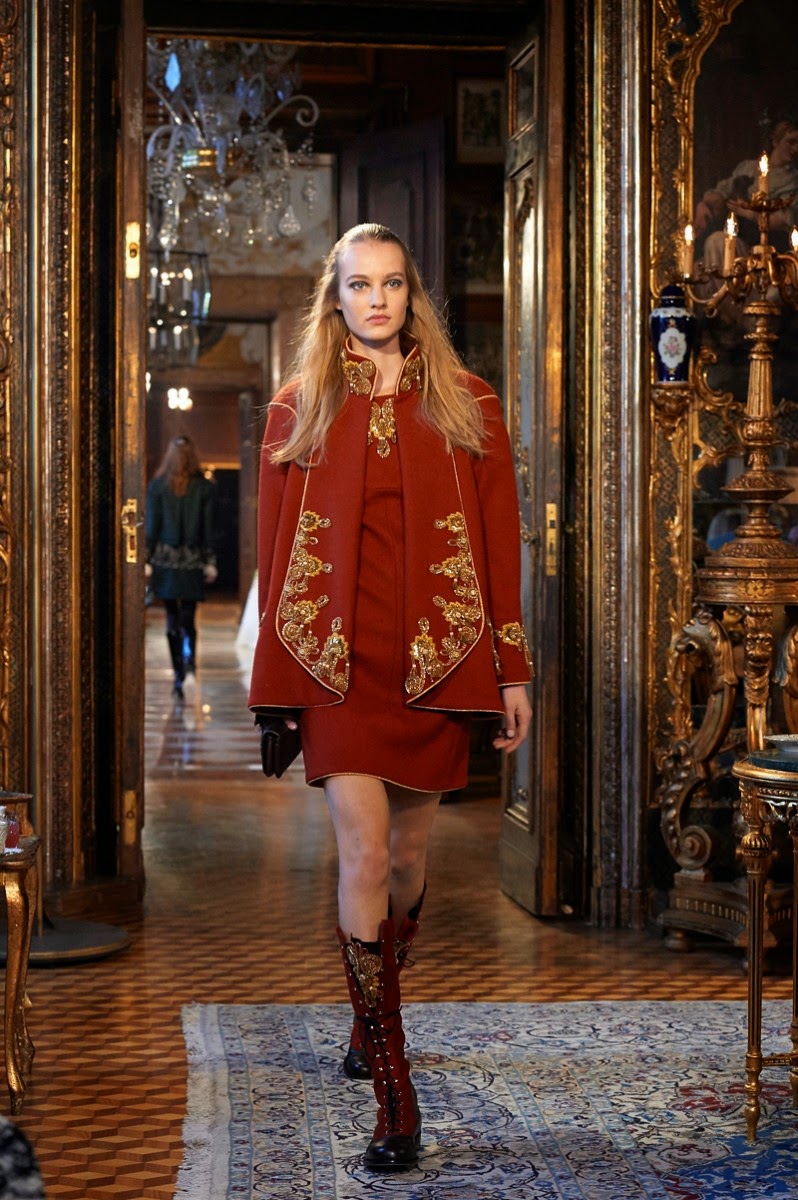 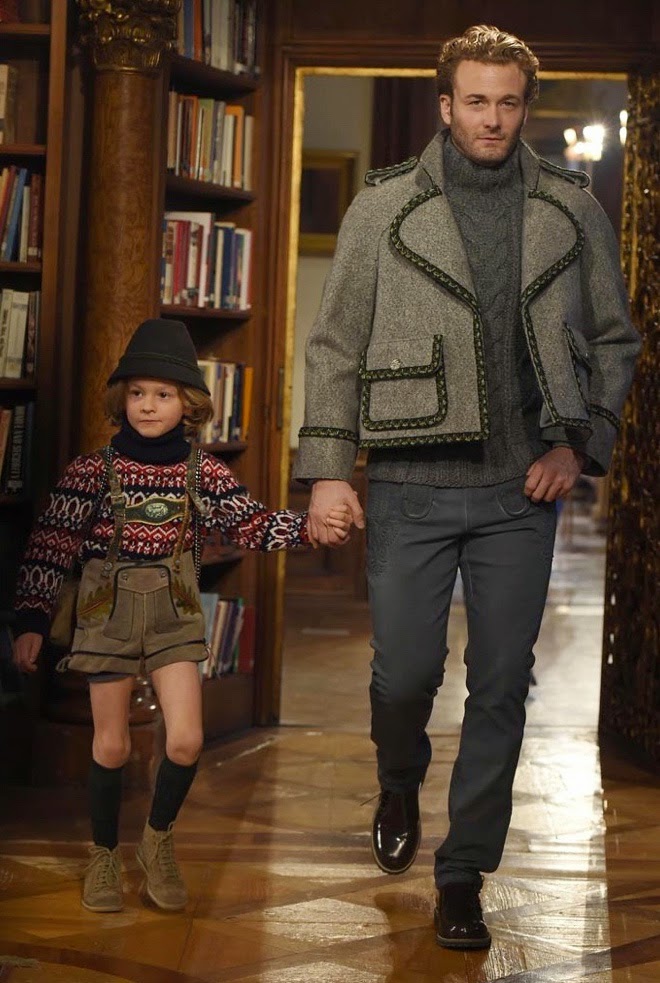 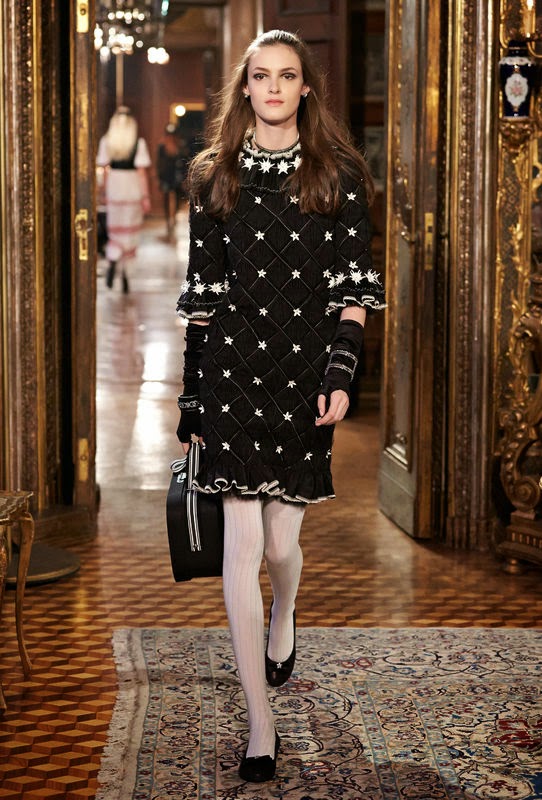