Showing posts from March, 2016
Show all

Hello Everyone!    So who has heard of Selena? No, not Gomez. THE Selena Quintanilla. A Mexican-American woman born in Corpus Christi, Texas who revolutionized fashion and Tejano music. She was unfortunately murdered 21 years ago today... ,but I would like to focus on the impact she made on many lives during her short life. Selena began her singing career in a band called ''Los Dinos'' which was managed by her father. In fact, more than one of her album's went gold! The queen of Tejano was a Grammy winner who also created her own clothing line. Everyone knew how talented and special she was. Most of all people would remember the way her smile and voice instantly captured someones attention. The way she danced, which seemed effortless. As some of you know I am also Hispanic and like Selena, extremely proud of my roots and culture.      Even though Selena was Chicana she never forgot her heritage. Her style and music derived from Mexico. NOW she still continues to
10 comments
Read more 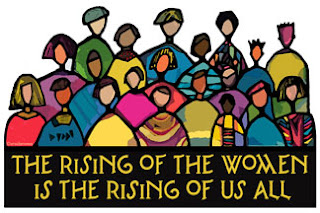 Hello Everyone!      What does being a woman mean to you? We all know at least one women that we look up to. It may be your mother or maybe even a public figure. For centuries women have been belittled and denied so many basic rights. Expected to not have the ability of leaders, to stay quiet, to cater, to care for. Misogyny is alive in society today, women are suffering all around the world. Women should not stay quiet. You do not need a man's validation in order to be happy. Let's support each other.      Let's remember all the women in history and all the women who are currently fighting and have faced death in the name of equality. Those women are true heroes. The women who sacrifice everything in order for their children to be well. The strong women who suffer daily because they are not allowed to do even the simplest things. These women deserve a celebration. I'd like to thank all the women who have helped change society for the better.      Be brave,
Post a Comment
Read more
More posts