- November 14, 2019
Hello everyone! If you know me you know that I absolutely adore thigh high and knee high socks! Not only are they stylish, but they are super comfortable and keep you warm. I recently got two pairs of socks from Chrissy’s Sock’s. They are extremely high quality and the colors are vibrate. I hope you check them out, here is the link: https://www.kneehighsocks.org/ 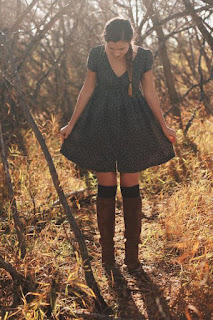 Hello Everyone!    So who has heard of Selena? No, not Gomez. THE Selena Quintanilla. A Mexican-American woman born in Corpus Christi, Texas who revolutionized fashion and Tejano music. She was unfortunately murdered 21 years ago today... ,but I would like to focus on the impact she made on many lives during her short life. Selena began her singing career in a band called ''Los Dinos'' which was managed by her father. In fact, more than one of her album's went gold! The queen of Tejano was a Grammy winner who also created her own clothing line. Everyone knew how talented and special she was. Most of all people would remember the way her smile and voice instantly captured someones attention. The way she danced, which seemed effortless. As some of you know I am also Hispanic and like Selena, extremely proud of my roots and culture.      Even though Selena was Chicana she never forgot her heritage. Her style and music derived from Mexico. NOW she still continues to
Read more